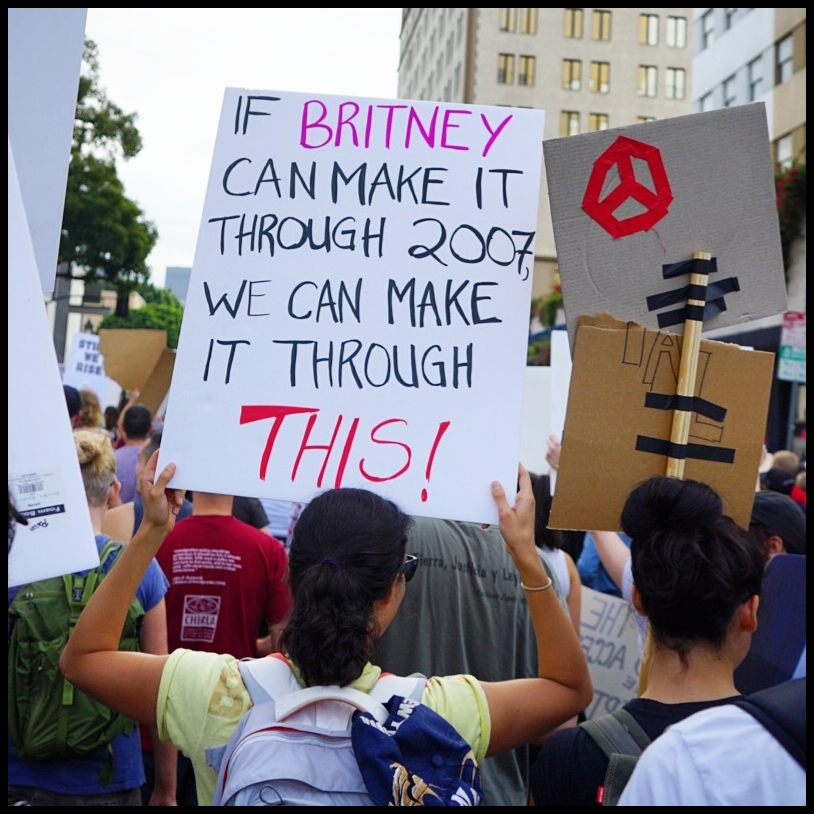 The day after Election Day 2016, Creating the Future hosted an online conversation for people who were struggling with those election results. You can find that recorded conversation here.

Through the many expressions of sadness and disbelief, there was also immense optimism. The longer we talked, the more each person began to realize that the journey may have hit a rough patch, but we are still walking.

Most apparent is this simple fact: We are still very far from a world that works for everyone. In fact, the reality in the U.S. these days is that things are working for very few of us. The divide this election highlighted — between urban and rural, between educated and less educated, between white collar and blue collar, between people of different races and backgrounds — that divide describes the different ways 99% of us have been left out of the success America is supposed to be about.

Over the months of the campaign, our collective sadness has grown as the divide has grown. During our hour together, people spoke of the relationship casualties inflicted by this campaign, with decades-long friendships becoming distant and ugly.

Following right behind that sadness is anger — anger at the media and at both candidates, for fanning the flames of those divides for their own self-interest.

And then the aha moments, as we breathed in the fact that deep down, all humans want the same thing. We all want to be able to provide for and protect our families. We all want to live peacefully beside our neighbors. We all want our lives to be joyful, our air to be clean, our water to be safe and plentiful. We all suffer the same human pains and losses.

And then the realization that these are the same fears that led to the election results. A vote to “make America great again” was, in many cases, a cry of mourning for a life many people can only look back upon, the longing to return to a time when we didn’t feel so scared. When we could make a living to support a family. When there was a middle class. When healthcare wasn’t putting an entire nation into bankruptcy.

As people talked about losing their sense of possibility, we could look more compassionately at people who lost that sense of possibility a long time ago. Their vote was their expression of hope for a way back. We talked about how many people each of us knew, who had looked past the racism and misogyny, voting their economic fears, voting the feeling that their struggle to survive and adapt to a changing world had fallen on deaf ears.

In the end, the conversation came down to connection and hope.

Our fears may make it easy to manipulate us, but at the core, people want to know and love and trust each other. That begins with listening to understand, with extending a hand to find what we have in common.

That connection reminds us of the words of abolitionist Theodore Parker, so often paraphrased by Martin Luther King and quoted during our conversation as well: “The arc of the moral universe is long, but it bends toward justice.”

That connection to the cause of universal human rights brings hope, the reminder that this is a single moment in that long arc, and that there is so much of that arc still ahead of us. Hope in the reminder that we have come so far, and that yes, we do have so much to build upon. That we have had a popular 2-term black president. That a woman won the popular vote as this country’s Democratic nominee.

All these sentiments were expressed and explored by the 10 individuals whom you can hear right here.

In the days since that conversation, I’ve felt honored to have been with people who shared themselves so openly. The words that I can’t get out of my head, though, are those of Mario Pile, who had just returned from a 6-month Air Force deployment in the middle east. I hope these words inspire you as well.

My ancestors fought so hard for us — a 4-year setback is by no means the end. My ancestors built the white house, and I’m encouraged by their blood, their sweat, their tears. We can mourn. But know that our mourning is only a night, that joy will come in the morning.

Please cry, please mourn. Recognize that you’re sad. But one thing I know as a member of the military — whether it’s Trump, Obama, Bush, things are going to go forward.

It is up to us as individuals to see one another as humans. The word Ubuntu — it means “I see you as I see me.” I can’t see myself unless I see you. And that’s not going to change. We’re in this struggle together — nothing stops.

You better keep on pressing. There are people who need us.

It all comes back to a truth we have learned and re-learned across this whole planet and across the ages: When we humans connect at the level of what is possible, that is where our real strength lies. It may take time. There may be two steps forward and one step back. In the end, though, the moral arc of the universe indeed bends towards justice.

Photo of Los Angeles protest (November 12, 2016) by permission of Lizzie Sam. Check out her work on Instagram here.