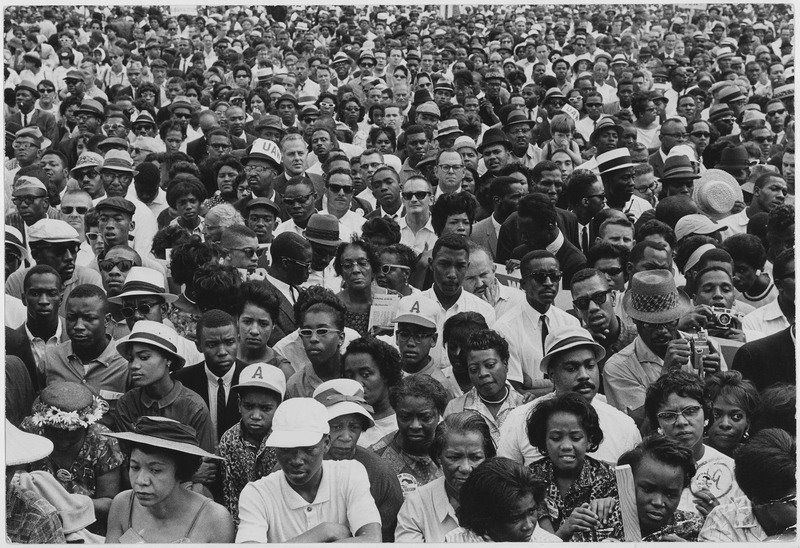 This post is the 3rd in a series describing Creating the Future’s first “Road Tour,” a two-month community engagement effort that saw our founders connecting with people in communities across California and Nevada in late 2018. You can read these posts from the beginning here.

What would it take for people to feel
ownership of their communities –
for a spirit of belonging and
deep engagement
to be the norm vs. the exception?

Imagine what could be possible if everyone in your community were linking arms to create the humane, healthy community of your dreams. What would be possible if thousands of people cared about what you care about and were helping to make it happen, each in their own way?

Thinking of engagement in that way, it becomes clear that the highest potential outcome for engaging with our communities is that “engagement” moves beyond an activity we undertake to get something (money, votes, power). The highest potential outcome is that “being engaged” is simply how we relate in the world, as individual activists, and as organizations seeking to build connected, joyful places to live, side by side with all the rest of our fellow community members.

The goal of engagement: Engagement itself
A brief look at history points to the value of building those kinds of engaged relationships.

From our time as hunter gatherers to our coming together as communities around agriculture – and from those early agricultural times to the sweeping progressive changes we have seen in more recent years (the U.S. Civil Rights movement, the global movement for LGBTQ rights and marriage equality as just 2 examples) – the history of human civilization is a history of human progress towards living well individually and collectively. 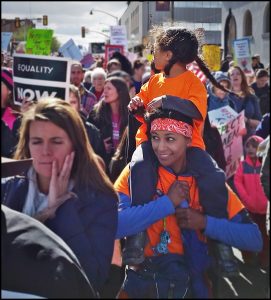 Those changes have consistently been the result of people building upon a shared vision of what is possible, building on the strength they have together to make that change happen.

Put simply, social change begins in people’s living rooms. The civil rights movement began as conversations in living rooms that became conversations in churches – people connecting at a human level about things they cared about. Once those connections began to ripple outward, those individual conversations became a force that could not be ignored.

It is easy to forget sometimes, living in the modern world, that we-the-people have the power to change everything. And as we are so often reminded by the quote from Margaret Mead, we are the only thing that ever has.

Our trip: Relationship vs. Transaction
Which brings us back to the reason we spent 2 months on the road, visiting people where they live and work across California and Northern Nevada. Our goal was simple: to have as many conversations with as many people as possible, period.

Often along the way, we were asked, “What are you hoping all this engagement will accomplish?”

The heart of that question comes from how most social change organizations are taught to view “engagement.” Whether via marketing or fundraising, engagement is considered a precursor activity to asking for stuff we want or need. We engage people so they will give money, or lobby for support of an issue, or funnel people into an organization’s programs.

Imagine in your real life, that the only time you built relationships was when you wanted something. After a while, you probably wouldn’t have many friends! 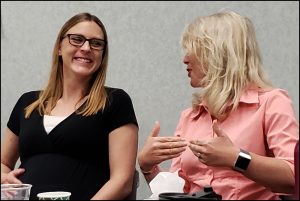 Instead, we love spending time with our friends simply for that feeling of connection, exploring ideas together, finding common bonds, having fun.

Well community work IS real life! Which means the greatest potential outcome from engaging the community is an engaged community!

You know from your own life what happens when people are engaged. People with whom you have real relationships become partners and friends and colleagues and co-conspirators in the things you care about. Because in the end, the goal of having friends is all the joys of real friendship.

In community work, it is the same thing. Just like real-world friends will do anything without calling it “volunteering” but simply calling it friendship, that is what it looks like when community members feel a deep connection to their community or a cause they care about.

It all comes back to the core of what it means to engage. Whether we are engaging gears in a machine, people, groups of people… to engage is to connect, deeply and meaningfully.

The actions we undertook on our Road Tour were therefore simply to meet as many people as possible, from as many realms as possible – people who care about what we care about, regardless of what they are doing about that in their lives. Our goal in those conversations was to explore where THEIR passions aligned with OUR passions, and to then explore what would arise as those conversations unfolded.

Does building these sorts of relationships take time? Absolutely. But as we see from the history of what actually creates progress, change happens at the speed of trust (a favorite expression of Debra Jacobs of The Patterson Foundation, where I spent time in September on the unofficial start of this tour!)

If we do not trust each other, we will continue to work in silos, perpetuating the cycles of competition and hoarding of resources and knowledge. And that not only takes more time in the long term, it is frequently miserable time – time spent in drama and angst and uncertainty.

When we do trust each other, though, we humans make magic happen. And what does it take to build that trust? First and foremost, we must know each other – not by position, but as people. In that very real sense, we see that the relationship is the reward.

What that looked like on this trip
With connection and conversation as our goal, we identified the types of people we wanted to engage with on this 2-month road tour. And in preparation for each conversation, we asked, “How might this conversation help that person see their own potential to bring out the best in others?” – our mission in action. (You can see our top-of-mind answers to that question at this link.) 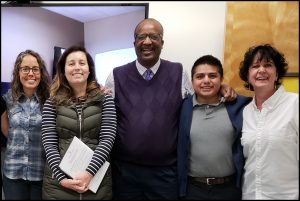 Some of the people we got to know included people doing boots-on-the-ground systems change work.

We were able to spend time in conversation with people whose work is to support those direct-service providers.

Importantly, we were able to take the slow time getting to know people with no official position in the social change arena – people living their lives, and using those own lives as simple vehicles for change.

These weren’t people of positional power or influence. They weren’t involved in social change professionally in any way. They were regular people who care about their community and their world. Because change really does begin in people’s living rooms. 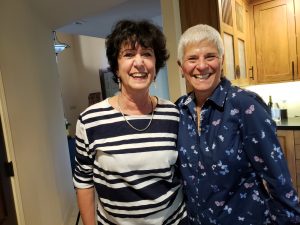 The trip wasn’t just about creating new relationships; it was also very much about strengthening relationships we already had with people who have been part of Creating the Future’s work over time. These were the people who, in large part, made the trip possible (more about those amazing humans in a future post).

The result of those two months has been over 100 relationships. Yes, seriously. 100 people with whom we are already continuing the conversations we began during our time in their communities. If the tour confirmed anything, it is that there are so many people with whom we can link arms to accomplish our mission of systems change that brings out the best in people. As Mike Berkowitz from Third Plateau suggested during our conversation about changing the systems within the nonprofit sector itself, “I would love to see you change it up even more!” And now we have so many partners with whom we can do so.

Circling back to the question that began this post…
What would it take for people to feel ownership of their communities – for a spirit of belonging and deep engagement to be the norm in communities, rather than the exception?

The answer is clear. If we want engaged people in engaged communities, the first step is to be engaged ourselves, to BE the world we want to see.

And because conversation is the first step in building those engaged relationships, here are some questions to help you determine who to engage in your own conversations. Before you move on to something else, right now – start making your list. And then pick up the phone or send an email, and begin getting to know the people who care about what you care about.

What does it take to actually do engagement? These 5 tips will get you started, in Post #4 in this series.

To see photos from our grand 2-month adventure of engagement, check out Hildy’s Instagram here. And to bring Creating the Future to your community, drop us a line and let’s chat about what’s possible!

And now, for a reminder to ENGAGE…