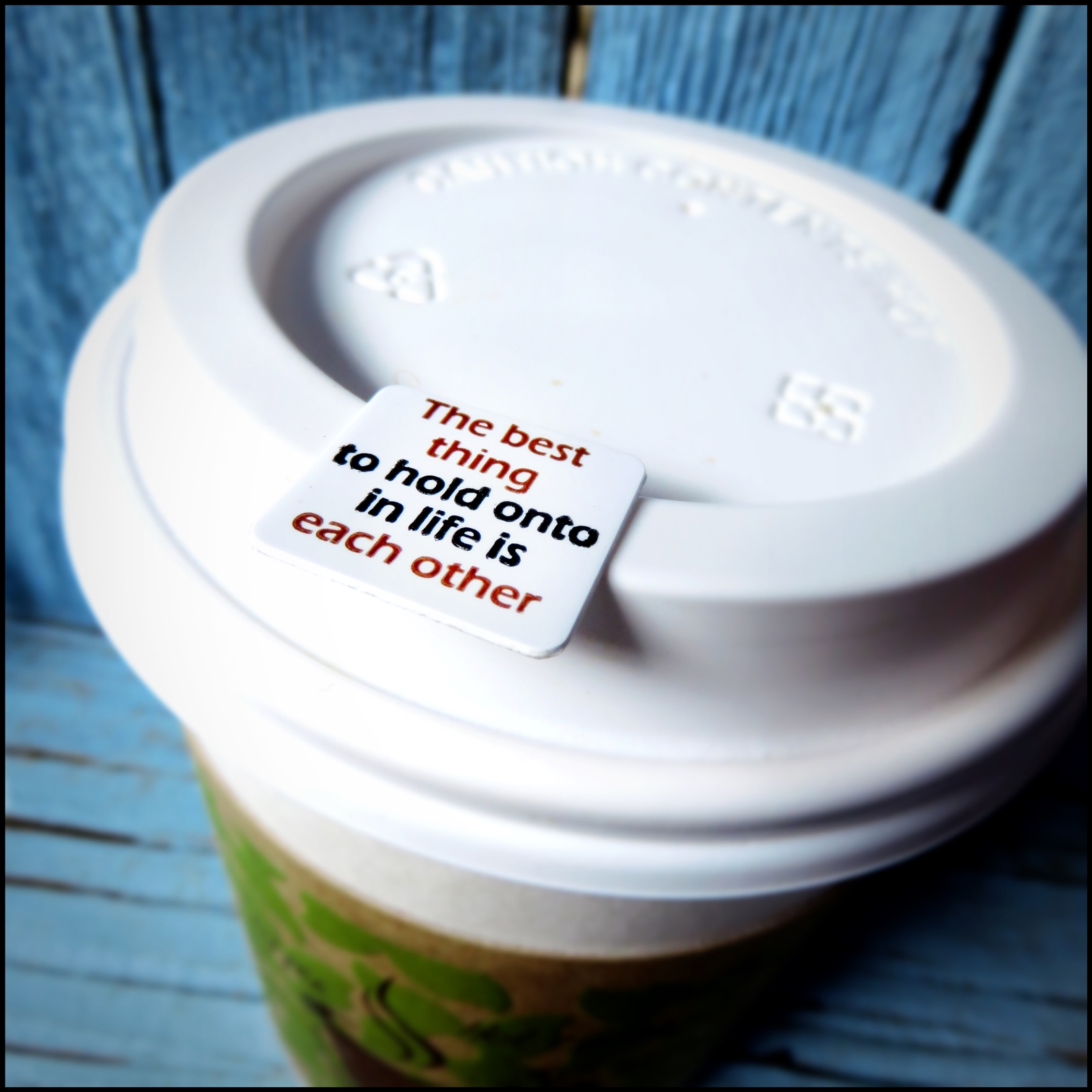 What does it take to show up for each other in these troubling times?

By now we have all heard the story. In April of this year, two black men were arrested simply for being in a Starbucks.

The story you probably do NOT know is the story of how that became a story, and what happened next.

Melissa DePino – a white woman – was in that Starbucks that day. She and several others began recording the incident on their phones.

“As we watched the 2 men being taken away in a patrol car, I tweeted the video with the caveat to the other bystanders that I didn’t have a lot of followers,” noted Ms. DePino, who had only 300 Twitter followers at the time. “Within 24 hours my video had attracted over 10 million views, putting these young men’s trauma on display to the world.”

The voice we’ve all heard on that video, the voice of a woman clearly saying, “They didn’t do anything!” – that voice belonged to another woman who was there that day – a black woman – Michelle Saahene.

Those two women who had never met before that day. They are of different races and different generations. And they are now partners in a project called From Privilege to Progress, an effort to get white people to use their privilege to #ShowUp in the fight for racial equity.

These were not superheroes. Melissa is a novelist and consultant to nonprofits. Michelle is a life coach. They were two average women going about their day.

They simply chose on that morning to show up for a fellow human.

Many of us want to be able to do the same. We want to be allies for each other. We want to think that, given the same circumstances, we, too, would stand up for our fellow humans.

And then the circumstance arises, and we freeze. Either we don’t want to make a scene, or we are afraid for our safety, or the million other reasons we fail to take action. We then go home and kick ourselves, feeling guilty, reliving in our minds what we wish we had said or done…

In these troubling times, it is not enough to attend rallies and send letters to elected officials. When so many people need us to be there for them, right then in the present moment, we need to have practice in doing just that – being there for each other.

Last week, Jessica Thomas, the artist behind the popular Instagram profile “Birdstrips,” shared this experience as a recent transplant to a city where she barely speaks the language.

I spend so much time in solitude (#languagebarrier), I get so excited when someone looks me in the eyes and actually sees me.

The girl who invited me to the dance last week [when I wasn’t able to go] invited me again… and this week I went!!! I danced, and I enjoyed it, but… there was no sign of my new friend!

That’s too bad, but it doesn’t erase the impact of the kindness she extended. By simply seeing me, she reshaped my entire evening around joy.

Small kindnesses. Being human with each other. Her hashtag says it all: “I was starting to wonder if maybe I was invisible.”

I was once horribly lost in Estonia, all by myself, so I sat and had myself an anxiety attack. This lovely woman stopped (after several passed by) and helped me find my way. I will be forever grateful.

Showing up for each other in these seemingly innocuous ways is practice for when someone really needs us to show up. It begins with simply seeing each other as fellow travelers on this fragile blue bauble.

It could be as simple as asking the cashier at the supermarket about her day – and really wanting to know. “What has been the best part of your day so far?” And then listening. NOT telling your own story, just connecting quietly with this lovely stranger who is now not so strange.

Or it could be simply seeing someone in pain and being there with a shoulder.

I was with friends in a produce market in Sonoma, California. The cashier was on the phone while we shopped, speaking a language I didn’t recognize. Getting increasingly upset, she began to cry. Hanging up, she let out a huge sob.

My friends kept shopping. I walked over and simply hugged her.

She melted in my arms. After a moment, she whispered in heavily accented English, “Thank you. I’m ok now.”

Until we can be there for each other when it’s easy, it will always seem daunting to show up when it’s not so easy.

It was the night after the closing ceremony at the Lollapalooza festival in Chicago. With the musicians gone, the fans and music media people were wrapping up to head home.

Sitting on the sidewalk outside a nearby hotel was a young teenaged girl, wearing nothing but a bra and panties, sobbing and looking scared to death.

Individually and in groups, people just walked past this sobbing child.

Everyone except for one woman – a producer for a major media outlet.

The producer sat down next to the girl. She calmed her down enough to learn that she had snuck away from her home in a city several hours away. She came to come to the big city for the festival, where she drank too much, lost her clothes, her cell phone, her ID.

“Your dad would rather know you are alive,” the producer told her. “He can kill you later. Right now we need to get you safe.”

Calling the girl’s dad, the producer got her a hotel room for the night. She scrounged some clothes for the girl, then escorted her to her new hotel room, getting her safely inside.

Then the producer called her own mom (me), breaking down and wondering how all those people could leave a young teenage girl sitting on the curb, naked and sobbing…