It all started so simply.

It was February of the still-new year 2015. Creating the Future’s board of directors was discussing its work plan for the year ahead. “What does the board wish to accomplish over the next 12 months? What are the most important questions for the board to consider in 2015, to ensure we achieve these priorities / objectives?” From a meaty list of topics, the board prioritized Board Composition and Recruitment as the first one to tackle.

At our next meeting – in March and then continuing into our April meeting – we asked and discussed, “What could the composition of our board make possible for accomplishing our mission? And what would the ideal board composition be to accomplish that?”

Not so fast there…
During the April meeting, as we finally started to define action steps to recruit new directors, board members began to step back, expressing the need for clarity about the role of the board itself. “If we were to invite people to participate on the board, what exactly would we be asking them to join?”

That 2nd meeting about recruitment led to honest discussion about the uncertainty board members felt about the evolving role of this board. “Are we being the board we need to be for what the organization needs at this time? Are we moving forward the powerful vision of the future we want to create? To what degree are we, as board members, being catalysts?”

And so, instead of wrapping up and taking action, the conversation was continued to the May meeting, where the question of “What are we recruiting people to join?” led to our asking the question at the heart of our mission:

“What does leadership mean when a group is supporting a movement for change* vs. simply leading an organization? What structures would support that? And what would it take to recruit board members to be those kinds of leaders?”

The summary of that May meeting attempts to do justice to the energy shift we all experienced during that two hours. Discussing “Board Recruitment” cannot hold a candle to the energy of realizing, “We can completely rethink what it means to lead organizations, to actually reflect and create the future we all want to see!” That shift unleashed the kind of energy that could power a small city.  Here are some excerpts:

“In movements, there is collective inspiration before there is structure. If we were successful at truly being part of a movement, what is the highest potential of what we could be?”

“If we are seeing ourselves as participants in a movement that already exists, what does active leadership look like if it is mirroring what we have just listed as the qualities of movement leadership?”

As the May meeting closed, the questions to pursue at our June meeting were clear:

If Creating the Future is a participant in the movement to create a more humane world – a contributor, an on-ramp, a support to that movement, then…

What had started in March as a discussion of board composition was about to become a discussion that would decide the future of our board and maybe our whole organization. Holy cow!

The June 2015 Board Meeting
The June board meeting followed those questions. Here are some of the responses our board explored.

What would active leadership look like in sustaining, upholding and sharing our values and the Catalytic Thinking framework? What would each of us as board members be actively doing?

What would active leadership look like in connecting with people and organizations already in the movement?  What would each of us as board members be actively doing?

What would active leadership look like in leading and deciding upon our current activities?  What would each of us as board members be actively doing?

The board began to inquire about the extent to which the Operations Team was already doing this work – the team of people who are actively leading the activities at Creating the Future. The answer was that every conversation at Creating the Future uses Catalytic Thinking as the guide; that planning for all programs is done openly, with open participation, and active meaning-making; and that the Operations Team is leading all of that.

Which led to the question so many organizations ask only in whispers:

If every aspect of everything we do at Creating the Future is done according to the Catalytic Thinking framework that is built around our values:

if every meeting begins with honoring the people, listening deeply, aims at what is possible, and creates conditions for success;

if every aspect of every strategic decision at Creating the Future is led through open participation by not only the people who are online, but then those people going out and gathering other people;

if we already have an Operations Team that is tactically leading all practical functions according to the list of “doing, demonstrating, deliberating,” using Catalytic Thinking via open dialogue and then applying it directly to action;

…then what do we need a board for?

That question was raised here (link is to that moment in the video of the board meeting itself). The board then spent the next 30 minutes exploring that big question. Here are some of the highlights.

“Historically, my perspective as a board member would have been that discussions of alignment of programs with vision and values and the [Catalytic Thinking] framework would be the role of the board – oversight to ensure that is happening. If that is already happening in the Operations Team, then I don’t have a role as a board member.”

“The board’s role has been the think tank – the R&D function of our mission. A theoretical laboratory and exploratory space. If our role is to explore that theoretical side of governance conversations, I’m not sure I would call that a board.

“One difference is that our work is open. That enables anyone to look at the financials and fiduciary matters. And that creates an interesting cultural shift. Part of the reason for a board taking on that fiduciary role is that traditionally, no one else gets to see those “internal” documents like the financials, which leads to the sense that “someone should be looking at this.” But if it is able to be monitored by anyone at any time, that doesn’t require that a board be the ones to monitor it.”

“How often do we see that it is non-board-members who are way more articulate and better connected to how the vision and values seep into their being than the board members are? And then we spend tons of time and emotional energy trying to figure out how to get those board members to have the same thing that those non-board-members have, who are upholding the values on a day-by-day basis.”

“This conversation makes me think about Michael Pollan’s book The Omnivore’s Dilemma, describing the food system we’ve created, with layer upon layer of regulation to make sure that we have healthy food, but it is ultimately making us sick. It’s a similar situation. Pollan’s point is to simplify things, that we have over-complicated things. We’ve created this whole organizational structure that ultimately doesn’t get us to the best, healthiest place. We need to get back to the core, the essential.”

“Boards are the unintended consequences of problem-solving. Each one of those regulations solved some problem, but the unintended consequence is that you end up with this anchor that makes you sick. And that’s where boards came from – problem-solving. Who’s going to keep track? Who’s going to be accountable? Making the assumption that something could go wrong, how do we prevent what could go wrong? The result is a system that is not working anywhere, in the corporate world or the community benefit world.”

“What systems might we look to that could achieve the dual roles of learning and decision-making, without being structured as a board, that causes us to think in a certain way and behave in a certain way, because of the traditional expectations that there have been of boards? What system would it take to lead this movement / organization?”

And that brings us up to the current status of this discussion.

The board decided that for the next discussion, we need to have all board members present – and that we also want to invite past board members, to honor the fact that we could not have arrived at this juncture if it weren’t for 4 years of rich discussions, constantly questioning what it means to lead effectively. 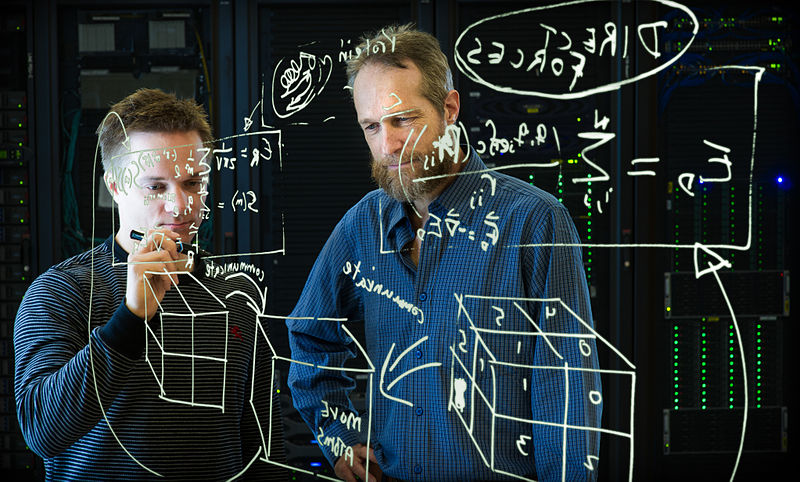 The Invitation
We want you to be part of that meeting.

To be notified of the date of that meeting (we believe it will be in October), just subscribe here. Until then, please share your thoughts in the comments below. What is this discussion bringing up for you? What are you noticing? What is standing out in your own thinking – ideas, concerns, opportunities?

As online participant Robert Ballantyne tweeted during the June meeting, “For Creating the Future, the legal board requirements are small. The board can take on any role it wants — and should!”

We hope you will join us as we figure out what that means for not only our work, but for any effort to support the movement to create a healthy, humane world!

* For a side-by-side comparison of organizations vs. movements, check out this article from Stanford Social Innovation Review – Building Movements, Not Organizations.

2 thoughts on “Rethinking Boards from Scratch: If There Were No Such Thing as Boards, What Would We Build?”