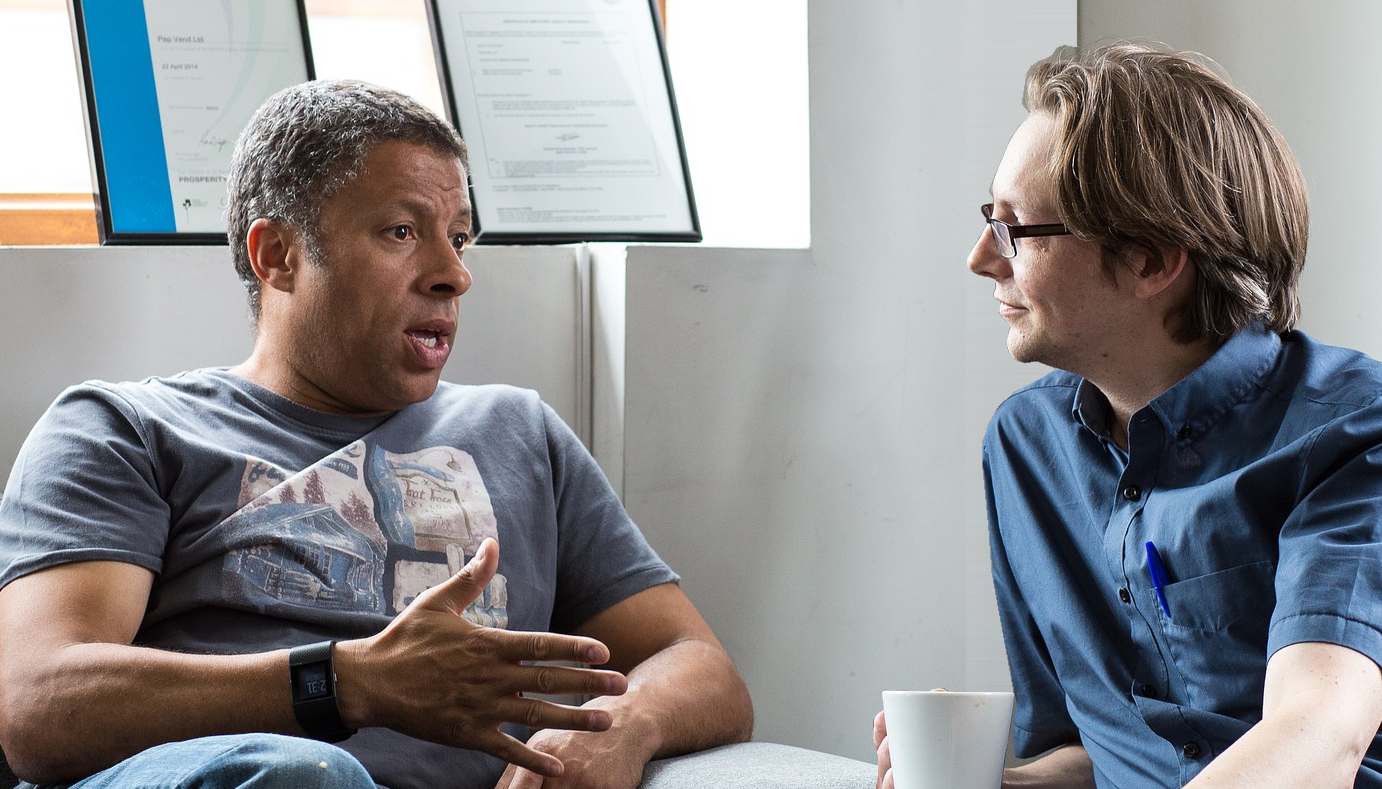 In Part 1 on this topic, we looked at questions like…

Now it’s time to learn about what matters to the people who won’t “do what we want them to do.”

Try this:
Just as we listened to ourselves in Part 1 of this eJournal, conversations that move everyone beyond that point of frustration will be rooted in the practice of Catalytic Listening. There are two reasons for that:

Reason #1: When we don’t know for certain why someone is acting in a certain way, all we can see is their behaviors – not the reasons and feelings and values behind those behaviors. When we listen with the intent of more deeply understanding someone, we can more easily move forward together.

Reason #2: One of the three core tenets of Catalytic Thinking is “It’s always about the people; never about the thing.” The root of the issue isn’t the damp towel on the bed; it’s the relationship with your spouse. At work, it’s not about the project that isn’t getting done, but the feeling of betrayal and frustration with the people.

The more we can have real conversations about how the people involved are feeling and experiencing the situation, the more we will be addressing not just the towel on the bed, but our whole relationship with that person.

It all has to do with inviting a conversation that is not about the thing but about the people.

I think you’ve sensed my frustration about the towel on the bed. I’ve been trying to figure out what’s really going on with me, that makes this so important. And I’m realizing I have no idea how YOU feel when I ask you not to leave it there.

When you focus on the things - the towel (it’s damp) or the bed (now it will be damp, too) – you are not addressing what’s really going on. Because what’s really going on is about the people and how they feel. And we can’t know that unless we ask, not with the intent of “winning” but with the intent of connecting and learning and growing together.

Building relationships of trust is just as important in the workplace as it is at home. If a project isn’t getting done, it’s not about the project – it’s about the people…

I think you’ve all sensed my frustration about this project not getting done. I sense that some of you are frustrated as well.

I have been trying to figure out what is really going on for all of us when it comes to this project. Could we talk about what you’re feeling about it?

Talking about what really matters to people (including yourself) is the only road to feeling more supported, less frustrated, and less inclined to seek ways to “get” people to do stuff. That is why Catalytic Listening is the first step in the Catalytic Thinking framework.

By moving conversations away from the thing (the towel, the project) and instead focusing on how people are experiencing the situation at hand, we are taking huge leaps towards bringing out the best in ourselves and those around us.

If you find our free eJournal of benefit, add Creating the Future to your Amazon Smile account!

Want to learn alongside other people who are also trying out Catalytic Thinking practices? Join our Catalytic Thinking in Action community on Facebook - a welcoming place where you can ask questions and learn from people like you who are experimenting with these practices. We look forward to seeing you there!

eJournal Archives:
If you’re new to our eJournal, or just want to remind yourself of past practice exercises we’ve shared, check out our eJournal archives here.

Come Experiment with us!

Keeping Our Programs Freely Available
Most of the programs at Creating the Future are free or low cost, with liberal tuition assistance when they aren’t.

If you find our programs of benefit, we hope you will consider contributing, to help keep these programs available to as many people as possible.   Donate here ...

SUBSCRIBE
to get this e-Journal
Creating the Future is a 501(c)(3) tax exempt organization in the U.S.A